In this day and age, we have become so used to using our Google browser on our iPhone to research countries and cities to find their place in the world. Have we really forgotten the beauty of spinning a globe to pinpoint where we are on the planet?

This week we’ve decided to do a flashback to one of @HereEast past interviews with a man who has been creating magical handcrafted globes since 2008, and who now runs his very own studio in North East London.

He explains that after his father’s 80th birthday, he realised there was a distinct lack of handcrafted globes on the market, which sparked the idea to start making them himself!

Let’s take a look at… 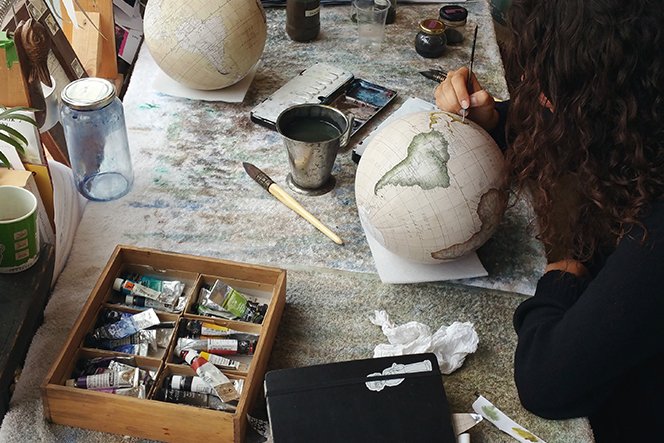 Peter explains to @HereEast that as we move away from the disposable culture that has been dominating our consumer attitude for many years, Bellerby and Co’s resilient and visually striking globes will resonate with us on so many levels. They provide a moment for us to be taken away on a magical journey…

Interested to find out how Peter ended up doing this for a living? Click here to read the full interview!