Let’s flash back to the 80s, a particularly forward-thinking decade, when tech like the Walkman and other gaming devices were becoming mainstream and accessible. This period of time was also a ground-breaking moment for musicians, with the birth of the TR-808: generator of the booming kick drum in hip hop, the Miami bass sound and electronic music of the 80s.

This week @HereEast caught up with a couple of documentary makers to find out more about the first programmable drum machine, the Roland TR-808, and how they celebrated 808day (8th August), which is a special day for all Roland fans around the world.

Let’s take a look at… 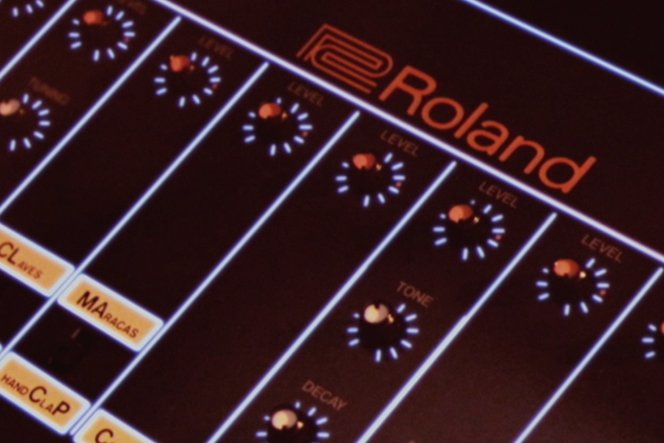 Alexander and Matthew tell Here East more about Origin Workshop and how it all began.

“Recently, I directed the feature documentary ‘808’ that’s going to be released on Apple Music later this year through You Know Films and Atlantic Records. I met Matthew Jarman on the film – he was Co-Producer – and we spent a lot of time working closely across a lot of aspects of the film. At the same time Matthew and I regularly discussed new ideas, formats and projects. We decided we wanted to set up somewhere to house these ideas that would allow us to develop them with a creative freedom.” – Alexander

Interested to find out more about what this duo is up to? Click here to read the full interview.